You are here: Home / Ekologija / River Bijela – “IT IS NOT TOO LATE”

River Bijela – “It is not too late”

We invite all interested to join us and take part in the volunteer cleanup action “River Bijela – It is not too late”, which will be held on September 5th, 2020. We will keep you up to date on the timetable and details. Anyone interested can contact us at email [email protected]

We will organize the lunch for all participants, as well as will donate T-SHIRT ECO ACTION – Rijeka Bijela – IT IS NOT TOO LATE – XX. XX. 2020.

Foolow us on Facebbok and support our event.

The river Bijela is a unique phenomenon in Dalmatia, rising from the cave at about 300 meters above sea level. The canyon of this river is also a rare example of dissolved limestone, and takes on a white color, giving it its name. Above the stream of this natural beauty, there are rocks, some of them is 300 meters high and with dozens of routes for climbing, such as high line and other similar sports. Due to its specific nature and geographical position (near to Novigrad and Karin seas), this location has become very interesting for nature lovers, athletes and tourists. 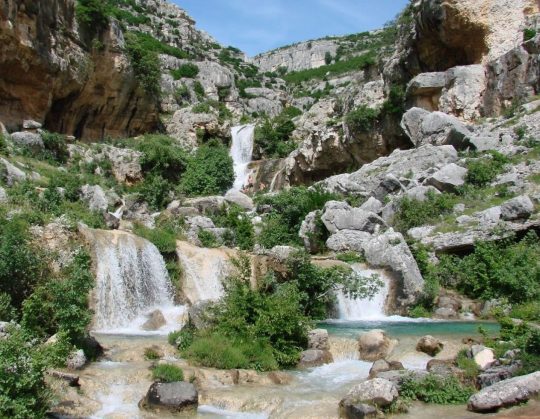 To reach the source of the river Bijela there is the road (macadam and asphalt), which starts from Adriatic highway (direction Obrovac – Karin Gornji). At the end of the same, 4 km away from the highway, there are the villages of Lončari and Radeke, where live a few families. For this reason, especially because of its isolation, this area became suitable for the disposal of waste, mainly large waste and construction materials over the years. .

The garbage and waste dump is located 1 kilometer or more in length, along the road leading to the checkpoint from which it flows towards the source of the river Bijela . Also, from the starting point to the source and the canyon, one part of the trail is strewn with tons of pieces of glass that were found after last war and have never been removed since then. This glass formed a glass paved path that walkers must inevitably walk through. The local citizens continue to dispose of waste at this location, and the richness of the surrounding environment is not understood. So far, no measures or actions have been taken to remove this waste, as well as to educate the local population. 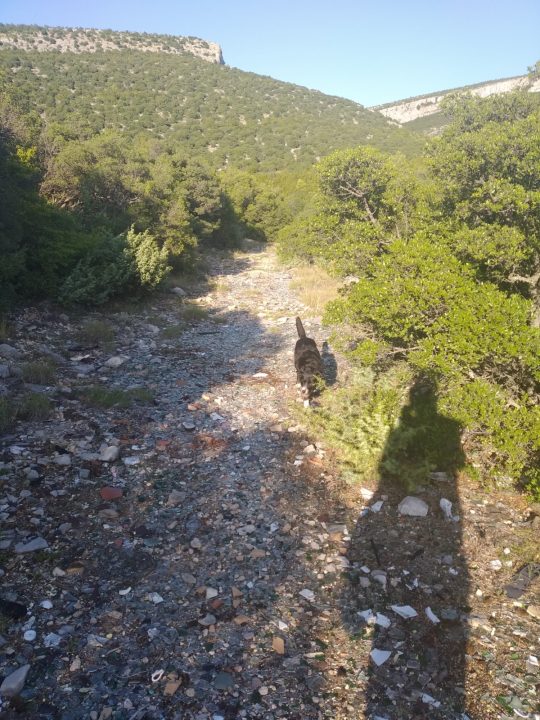 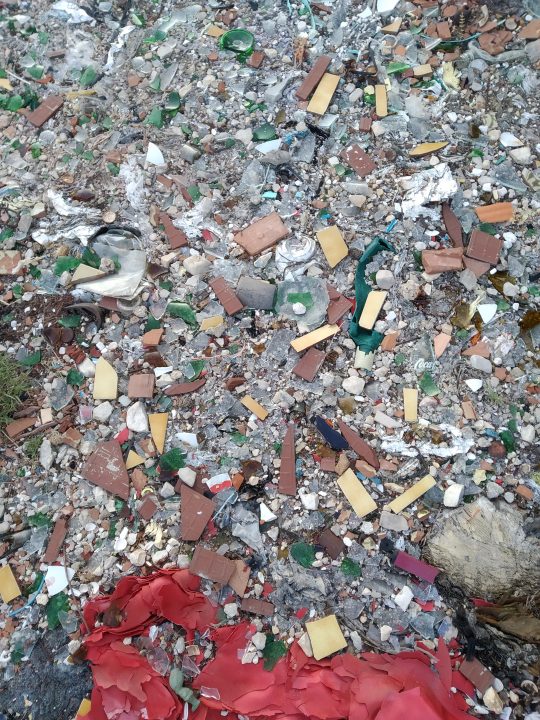 The natural beauty and richness of the environment of the river Bijela and its canyon was noticed by the artist and director Vladimir Miketa, who in his short film shows the absurdity of this area, as well as the problems of pollution and care for the natural beauties that surround us, as well as the importance of this locality. for the Obrovac district.

For these reasons, we would like to organize a volunteer action to clean up the western access to the river Bijela. It is of paramount importance to involve the local popolation in this action, in order to understand more deeply the problem that has arisen, as well as the institutions, environmental associations and volunteers.

We invite all interested to join us and take part in the volunteer cleaning action “River Bijela – It is not too late”, which will be held on September 5th 2020. We’ll keep you up to date with the details. If you are interested, please email [email protected]

We will organize the lunch for all participants, as well as will donate T-SHIRT ECO ACTION – Rijeka Bijela – IT IS NOT TOO LATE – XX. XX. 2020.

Rijeka Bijela – “It is not too late”

We use cookies on our website to give you the most relevant experience by remembering your preferences and repeat visits. By clicking “Accept All”, you consent to the use of ALL the cookies. However, you may visit "Cookie Settings" to provide a controlled consent.
Cookie SettingsAccept All
Manage consent

This website uses cookies to improve your experience while you navigate through the website. Out of these, the cookies that are categorized as necessary are stored on your browser as they are essential for the working of basic functionalities of the website. We also use third-party cookies that help us analyze and understand how you use this website. These cookies will be stored in your browser only with your consent. You also have the option to opt-out of these cookies. But opting out of some of these cookies may affect your browsing experience.
Spremi i prihvati